Honeybee populations in the United States have been decreasing dramatically over the decades. And a new study suggests that a certain kind of pesticide could be making things worse.
Back in 1947, there were 6 million honeybee hives in America, according to the U.S. Department of Agriculture. Now there are a little over 2.5 million hives. That number hasn't changed much over the past few years, but the overall picture doesn't look good for an insect that's incredibly important to our food supply. Scientists don't know f﻿﻿﻿or sure why this is happening. Pesticides and parasites are the most suspected reasons, and a study recently published in the scientific journal PLOS One suggests that neonicotinoids, types of pesticides that are widely used around the world, are incredibly toxic to honeybees and other insects. 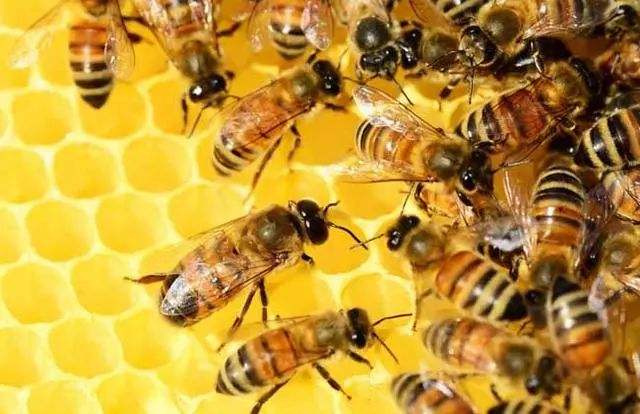 Part of the reason for that is because these pesticides appear to stick around in the environment and stay dangerous for longer periods of time.
Though they're deadly to insects, neonicotinoids are not considered dangerous to humans. In fact, they're a lot less toxic to people than other insecticides that have been widely used in the past. An ongoing challenge for farmers is finding ways to keep other insects away while still protecting bees. Pesticides may not discriminate between the insects they kill, though one neonicotinoid maker says the chemical's risk to bees is lower when it's used properly. The U.S. Department of Agriculture says it's unlikely there's one magic solution to the problem, but there are a number of organizations trying to help honeybees.