This is Scientific American — 60-Second Science. I'm Karen Hopkin.
'Tis the season...for overeating! But it's not just your lack of willpower or the omnipresent holiday treats. No, you can lay some of the blame on ghrelin. Because a new study shows that ghrelin, the hormone that makes you hungry, also makes food...and food smells...irresistibly appealing. The finding appears in the journal Cell Reports.
Ghrelin is produced in the stomach, and its levels rise before your habitual mealtimes and after you haven't eaten for an extended period. So the hormone reminds you to put something in your belly. Injecting rats with ghrelin encourages them to eat...and people who receive a dose of ghrelin grab extra helpings from the buffet.
But how does the hormone induce overindulgence? To find out, researchers at McGill University trained volunteers to associate random images with the smell of food. For example, every time they saw a tree, they might get a whiff of freshly baked bread. At the same time, some of the subjects received ghrelin; others got only saline. 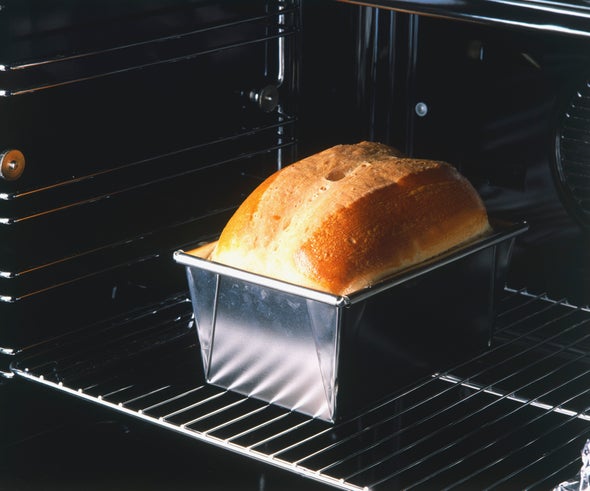 The volunteers were then ushered into an fMRI machine, where the researchers watched their brains to see which parts got turned on by different images.
Seems that in subjects under the influence of ghrelin, the brain region involved in pleasure and reward lit up only when volunteers viewed the images they associated with food aromas. Their brain pleasure centers were disinterested in images that had not been paired with food smells.
Also, when participants were then asked to rate the pleasantness of the images, the ones who'd been exposed to ghrelin gave higher grades to the food-associated pictures than did folks who got no ghrelin.
So when visions of sugarplums...or the smell of apple pie...get your stomach growlin'...you can thank—or blame—your ghrelin. As you reach for a fork.
Thanks for listening for Scientific American — 60-Second Science. I'm Karen Hopkin.