Hi, I'm Scientific American podcast editor Steve Mirsky. And here's a short piece from the October 2018 issue of the magazine, in the section called Advances: Dispatches from the Frontiers of Science, Technology and Medicine.
The article is called "Quick Hits," and it's a rundown of some science and technology stories from around the globe, compiled by editorial intern Maya Miller.
From MEXICO
A Mexico City-based social enterprise is providing computer programming training to teenagers deported from the U.S. The organization, HOLA(CODE), is offering five-month software engineering "boot camps" in a bid to give the young deportees employable skills and ultimately boost the nation's technology sector.
From KENYA
Nairobi, a city with some of the world's worst traffic, is pl﻿﻿anning to implement car-free Wednesdays and Saturdays in two of its most congested areas. Policy makers hope this will encourage public transportation use and reduce air pollution.

From INDIA
Scientists wrote a letter to the Indian president to voice concerns over alleged political attacks on science. The letter criticized the government's decision to transfer a senior scientist to a less influential post after he complained about moves to privatize parts of the nation's central space agency.
From FINLAND
About 10,000 years ago humans lived in settlements in a part of southern Finland that is now under several meters of lake water, researchers found. A team of archaeologists and marine experts dove deep into the lake to find what are now the earliest known signs of human habitation in the region. 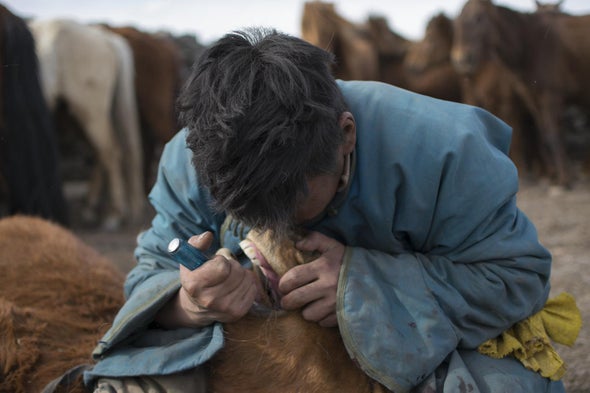 And From MONGOLIA
People were performing dentistry on horses on the vast grasslands of the Mongolian steppe roughly 3,000 years ago, according to a research team's findings. The study suggests nomads there were some of the first humans to use the animals for wide-scale transport, spurring the early beginnings of globalization.
That was "Quick Hits" by Maya Miller.